The CLR was a 7mm scale (O scale) narrow gauge railway on 16.5mm track - hence O-16.5. It was originally created as a narrow gauge feature below a viaduct on Clamphill, a standard gauge railway, but subsequently became the CLR when it separated into a layout in its own right.

It was built by 5 friends who exhibited the layout for many years. A feature of the layout was that each section had a modular interface that defined the single track position, scenery profile, and electrical connection. The main station - Cottesmore West - was a joint concern, but members developed their own boards to express their own interests. The layout was described in Model Railway Constructor in January 1979 and attended the MRC show at Central Halls Westminster 16-23 April 1979.

Around this time, the group also became involved with the embryonic 7mm Narrow Gauge Association instigated by Don Mason, and they subsequently became founding members. Worton Court was one of the two layouts present at the inaugural EGM in Walsall, in June 1980 and Cottesmore West appeared at the AGM in June 1981. Geoff Thorne became the first Secretary of the Association and served for many years.

The freehand sketch below records the various modules that existed in September 1985. Worton Court comprised the two station boards (2) and the traversing turntable (6). The turntable had a standard interface at each end and could be employed anywhere on the layout. Because of the modular format, the CLR was rarely, if ever, exhibited in the same configuration. 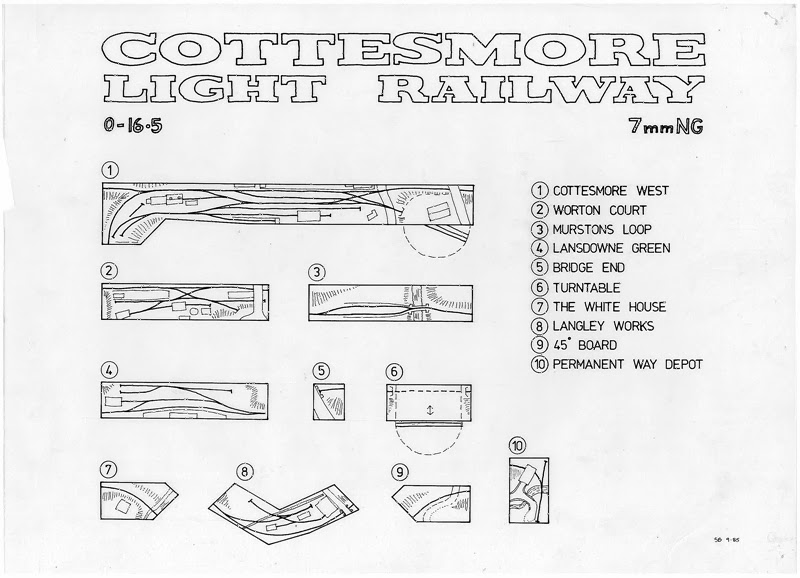 Murstons loop (3) was built to provide a run-around facility for Worton Court.

Langley Works (sections 7 - 9) only had modular interfaces at the outer faces, but could be arranged either as a straight through line, with a bulge, a 90 degree bend with a bulge or as a 180 degree bend. 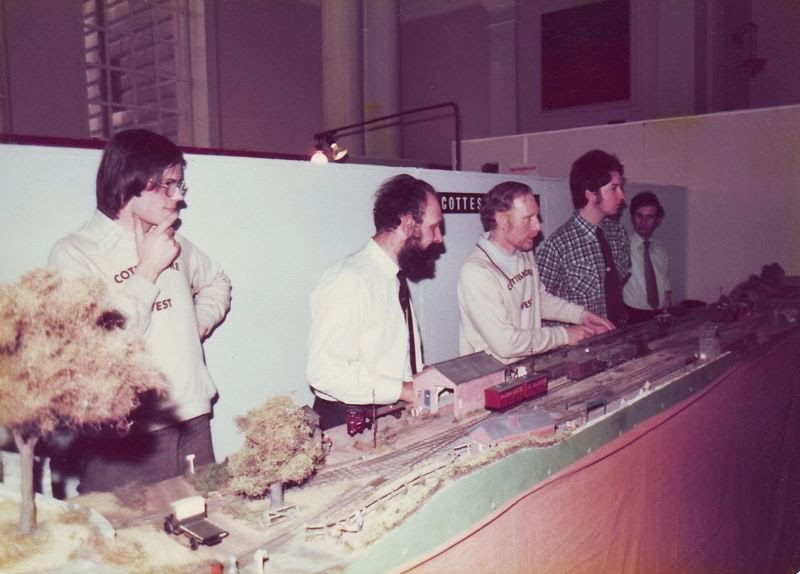 Cottesmore's 'showcase exhibition', was, arguably, the Sandown Symposium 9/10 May 1981 - in its day, the largest model show in Europe. Every section of the layout was employed, in a straight line, with Chris Holmes' Stoke Goldington on one end. The total length was 65ft. At key moments during the show, all control panels were switched to their neighbour, to allow a train to be be run non-stop, using one controller, from one end to the other. 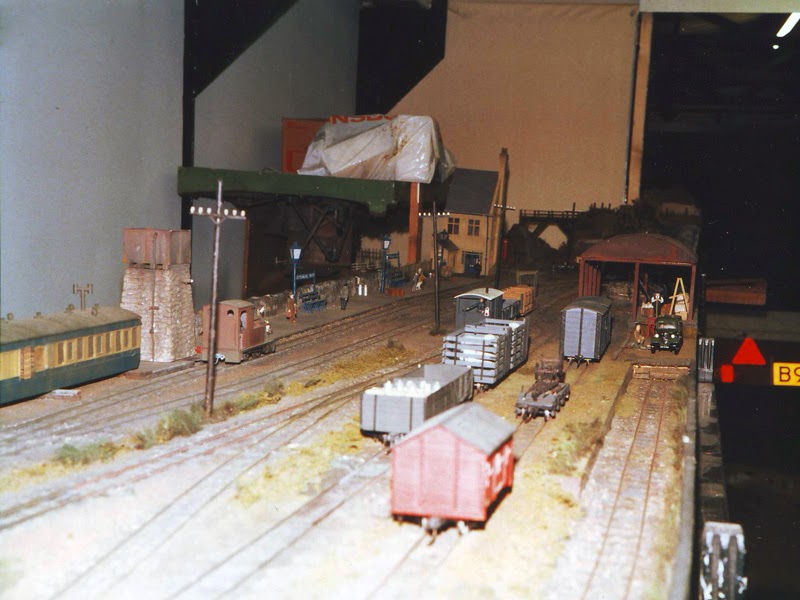 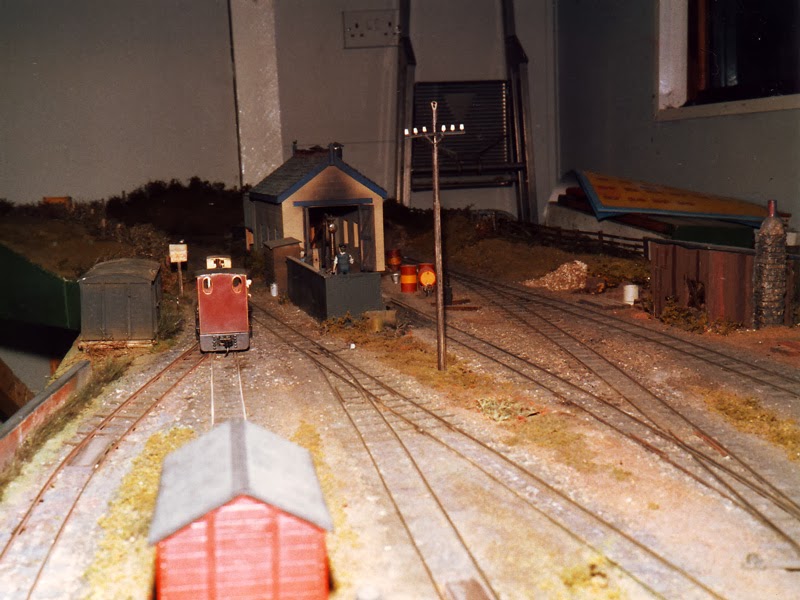 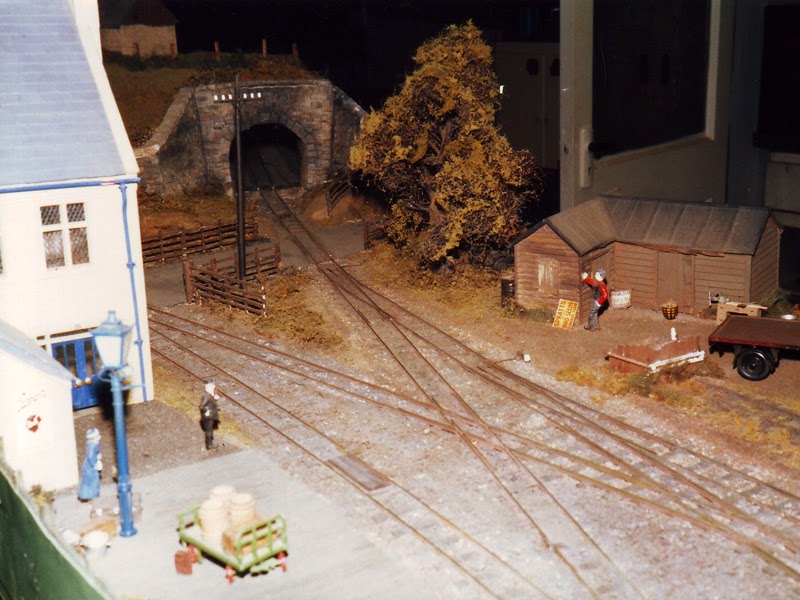 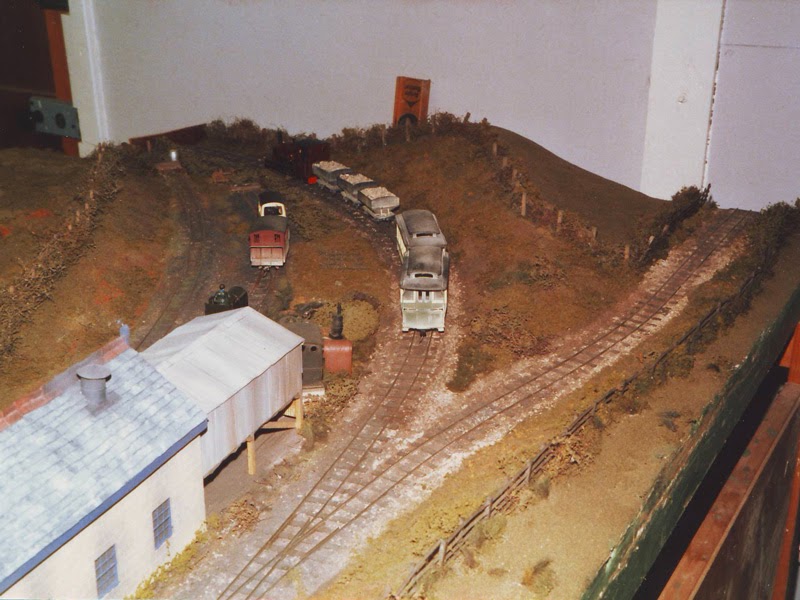 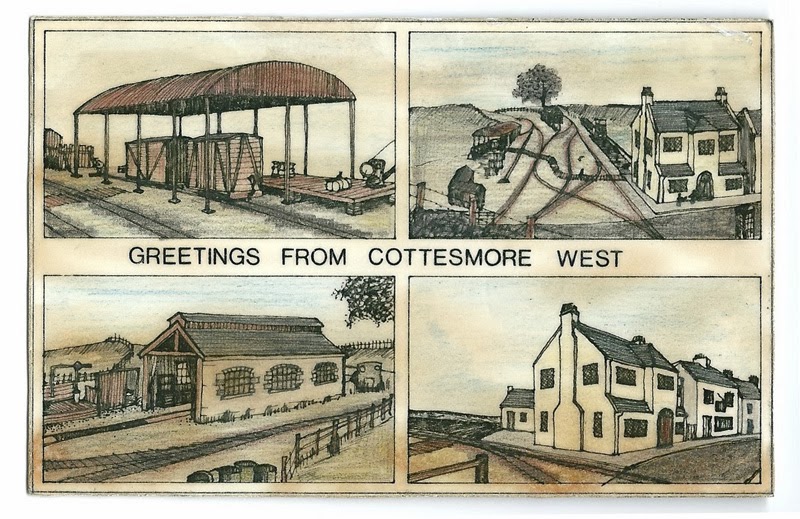 The modular nature of the layout required some form of jig / template to ensure all sections fitted together. John produced two jigs - one for the bolt holes and track position, and one for the hill profile. Locating pins were not on the radar when the layout was created, so the wear and tear of setting the layout up took its toll on the bolt holes, which meant levelling the layout could be an arduous task. The revised layout has locating pins, which prevent the jigs from being fully fitted. 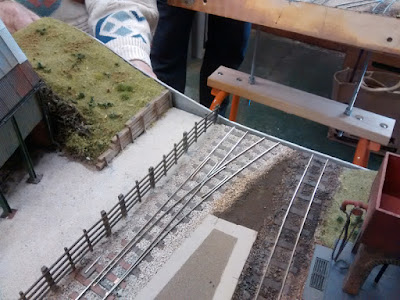