During the redevelopment of Worton Court, we decided to replace the standard surface-mounted Kadee magnets with something more subtle. The design process started with an investigation into rare-earth magnets (Neodymium) mounted underneath the track. Geoff bought some on eBay, for a few pounds, but the magnetic fields just didn't work like standard magnets, and a suitable arrangement of fixed magnets could not be worked out. We flirted with movable magnets, but realised this meant a lot of extra electromechanical bits to make and operate. The trials became frustrating and we abandoned the idea.

Inspired by the Kadee unit, we investigated electro magnets, but with a view to making our own. We even bought and fitted one as a trial (it's still in place in a spot that needs one). However, even during these experiments, Geoff continued to play with the RE magnets, and finally came up with a superb design, which was quickly developed into a working unit. So good and simple was the design, we replaced all of the surface magnets.

The unit was described in the weekly posts, but below is a description of their construction and fitting. 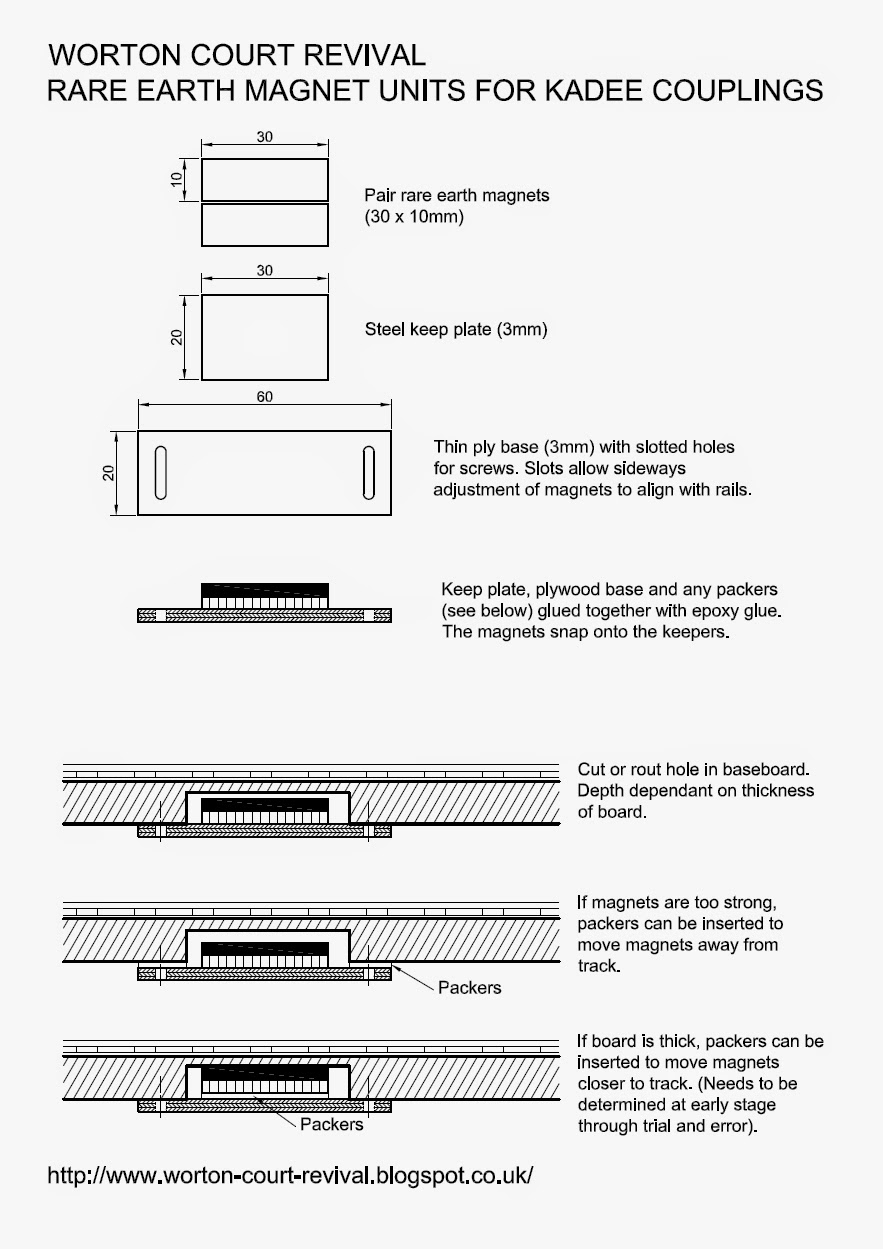 The units below are of the bottom option i.e. thin ply packers between base and keep plate. 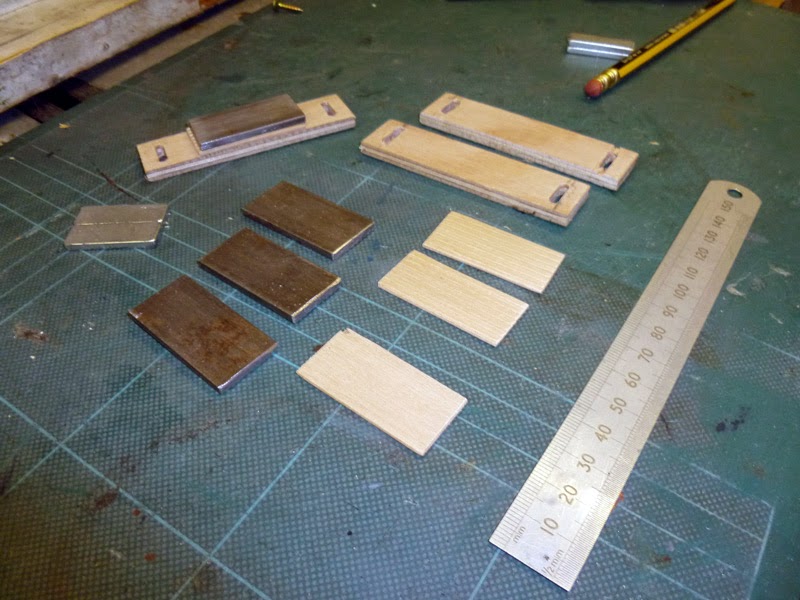 Keep plates and packers glued to plywood, awaiting the magnets to be snapped into place. 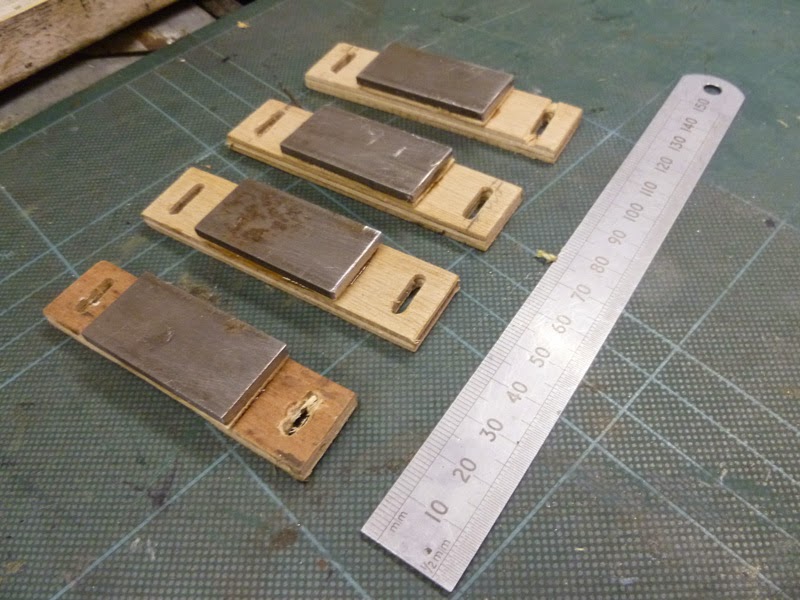 An assembled unit with magnets attached on top of the keeper plate.
(The keep plate lengths suited a scrap piece of steel.) 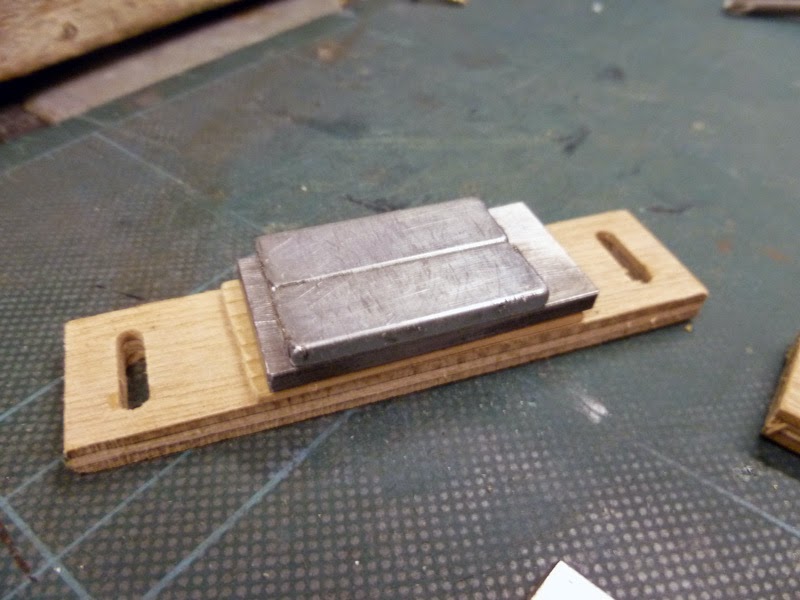 A roughly routed hole ready to receive a unit. The magnet position was transferred to the bottom by drilling small holes between the sleepers. The alignment line allows initial positioning of the unit, with final adjustment made after testing with rolling stock. 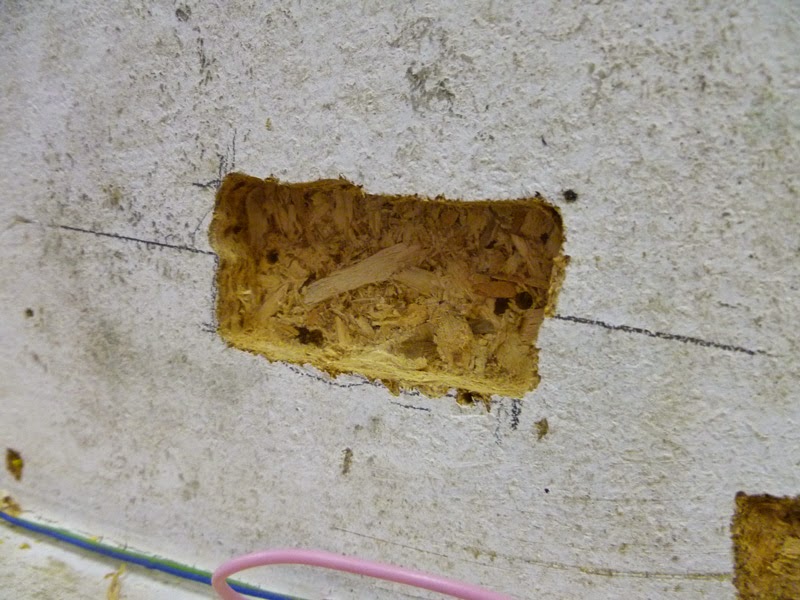 A fitted magnet. The slots for final adjustment are very useful. 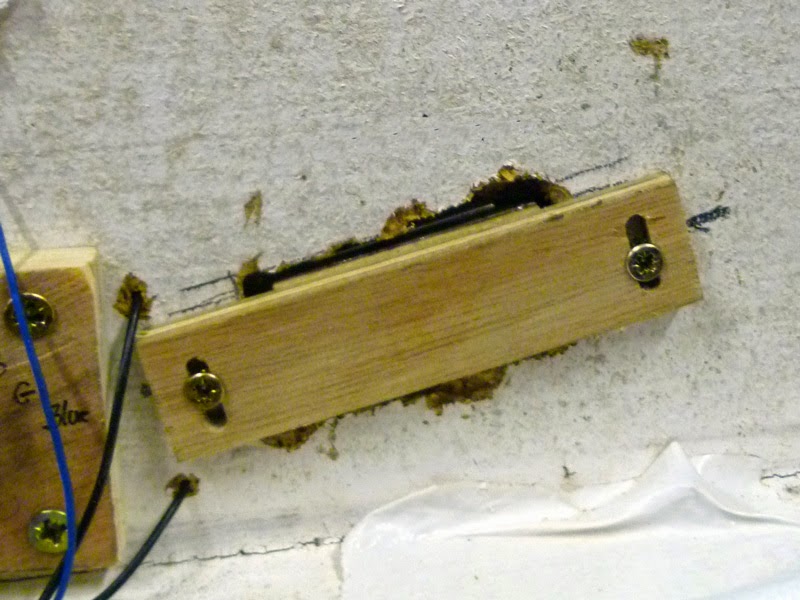 We are really pleased with the new magnets, as they work just as well as the Kadee units,
but are completely invisible.

As noted at the beginning of the article, the fields around these magnets appear to be different from normal bar magnets. 10mm wide magnets were purchased as it was intended that just one magnet was placed between the rails. It was pure chance that after several failures, Geoff tried two side-by-side and ended up with a working arrangement. Wider or narrower magnets could well work, but we simply haven't tried any others!

PDF version of the diagram - http://www.belfieldhall.co.uk/belfield/ngr/Worton_magnets.pdf